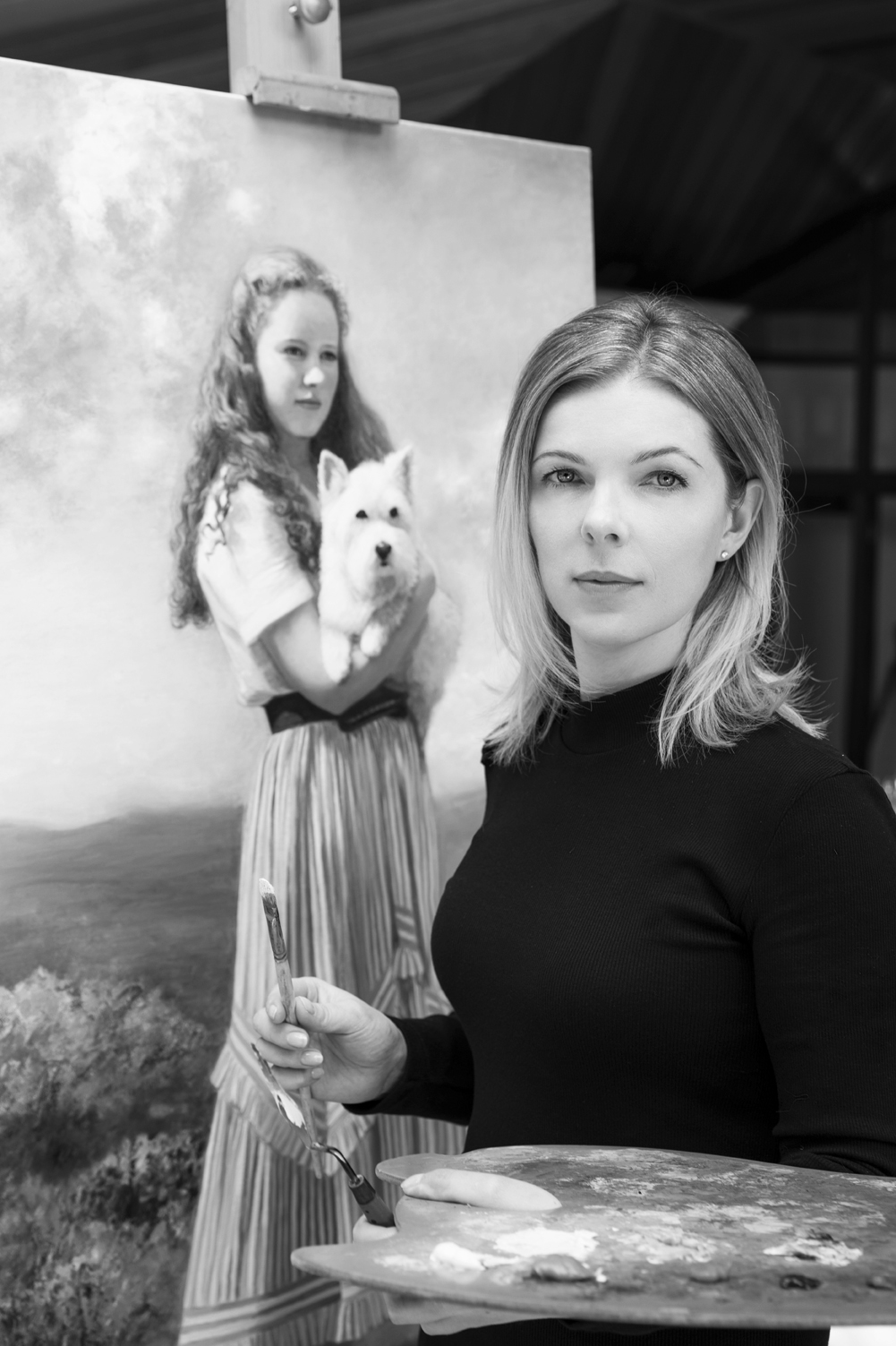 SVETLANA CAMERON is a Russian-born British portrait artist dedicated to study and revival of classical drawing and painting techniques. Trained in the methods of Old Masters, Cameron specializes in traditional portraiture in the style of classical realism. She is best known for her official and ceremonial oil portraits and delicate life-like paintings of children in pastel.

Cameron's attention to detail and ability to capture her sitter's personality have earned her a strong reputation on the international art scene. She holds the title of an associate Living Master awarded by the Art Renewal Centre in the USA, has been included in the list of Top 40 Masters of Pastel by the publisher Pratique des Arts in France (2016), and was on Pastel Journal's Top 100 list of best international pastel artists in 2016 and 2018. Cameron is an elected member of the British national Society of Graphic Fine Art (SGFA). In 2019 she was invited to become a member of the National Pastel Society of Russia.

Svetlana Cameron has painted official portraits for a number of organizations and institutions. In 2017 she unveiled a prestigious military portrait featuring General Sir Timothy Granville-Chapman, 31st Master Gunner St James's Park, commissioned by the Royal Artillery Institution. Her portraits of President and two Speakers of the Isle of Man Parliament (Tynwald) are included in the UK national collection of oil paintings and are on permanent public display in the Legislative Buildings in the Isle of Man. Several of her ecclesiastical portraits hang in the collections of the Roman Catholic Church (Diocese of Liverpool) and the Church of England (Diocese of Sodor and Man).

Svetlana Cameron lives on the south-eastern coast of England where she works out of her private studio near Hastings (East Sussex). A sought-after portrait painter, she travels across the UK and internationally to exhibit and meet her sitters. Her 2019/20 diary includes commissions from England, Scotland, Russia, Switzerland, Ukraine and Italy.

Svetlana’s oil painting method is based on the traditional Flemish technique. Work begins with a detailed drawing and a monochrome (grisaille) under-painting, followed by multiple layers of opaque over-painting and rich transparent colour glazes. Rarely practised by artists today due to its complexity and time consuming nature, this traditional approach allows the artist to create depth and luminosity of colour and level of fine detail which is not possible to achieve by using modern direct painting methods.

For works in pastel Svetlana Cameron has developed her own award-winning “three-colour” technique which received accolades in international competitions in Great Britain, USA and Russia. Her method involves use of the French drawing medium Conte-a-Paris in only three colours – black, red, and white – which are skilfully blended on toned paper to achieve a full range of delicate lifelike skin tones. The very subtle semi-translucent flesh areas are often juxtaposed with opaque bright colour accents in clothes and accessories, creating the contrast that has become one of the most recognizable features of Svetlana's style.

Svetlana Cameron was a member of the professional jury at the following international competitions: